We at UpCloud believe that bringing brilliant minds together can spark new amazing ideas, and love to be able to take part in paving the road for the future. Conventions, events, and meetups introduce a social aspect to industries that otherwise often work in solitary. Perhaps that is why technology groups often hold the best events!

One of our recent adventures landed on our home turf with WordCamp Singapore. While not our first WordCamp, we were excited to work together with the local WordPress community to make the event and the afterparty especially the best there’d been!

WordCamps are relaxed community-organized get-togethers, focuses on everything WordPress. Thanks to WordPress having users all around the world so are there WordCamps in many cities across the globe. The WordCamp Singapore 2019 was already the 4th edition of the local event held at Microsoft Singapore.

The turn out was amazing again this year with the event fully sold out with some 240 people attended. We had set up a place to hand out UpCloud SWAG and info to all attendees. People loved the opportunity for some awesome SWAG and everything was given out even before the event officially started! Afterwards, our Singapore team hanged around at the event chatting with many interesting people who wanted to learn more about UpCloud. 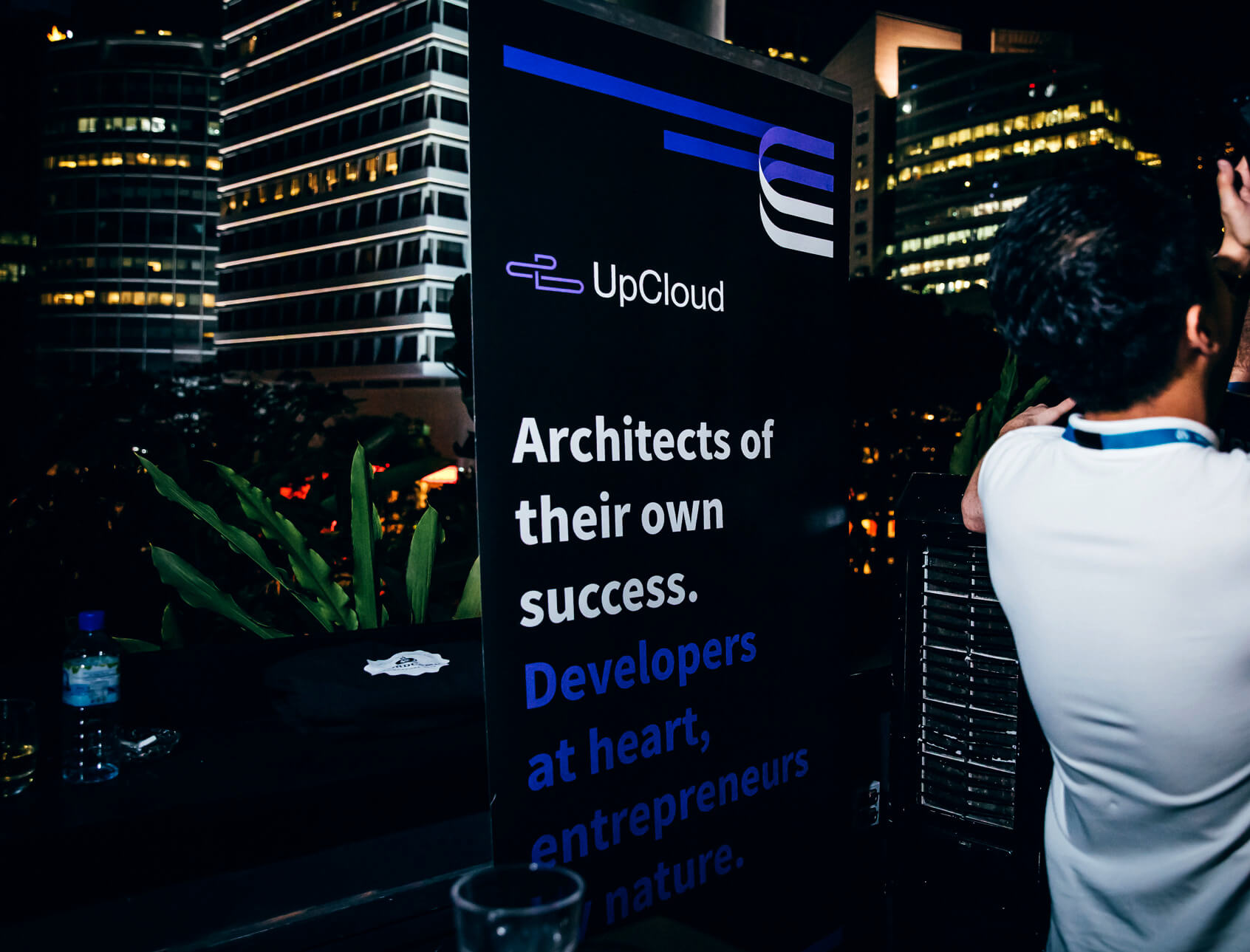 We met tech lovers from all across Asia and some from even farther away. Many of the visitors heard about UpCloud for the first time at the event but were excited to try out our world’s fastest cloud servers and compare them with the other popular providers.

Events like WordCamp naturally appeal to more advanced users. Many of the attendees in the sessions were developers and indeed highly technical. The audience inspired in-depth conversations on how easily WordPress can be deployed on UpCloud while giving fine-grain controls of their configurations.

In addition to attending the WordCamp Singapore, we were excited to sponsor the afterparty! Although we’ve been arranging and sponsoring many kinds of events, other WordCamps such as Jakarta and Nagpur for example, this was our first time sponsoring their afterparty, and we wanted to make it memorable.

Much of the success of a party depends on the venue and the location for the WordCamp Singapore afterparty could not have been much better! We took over the rooftop bar Lady Wu at the heart of Singapore by the Central Business District. The prime location gave an amazing view overlooking the city skyline rasing the atmosphere all the way to the clouds! 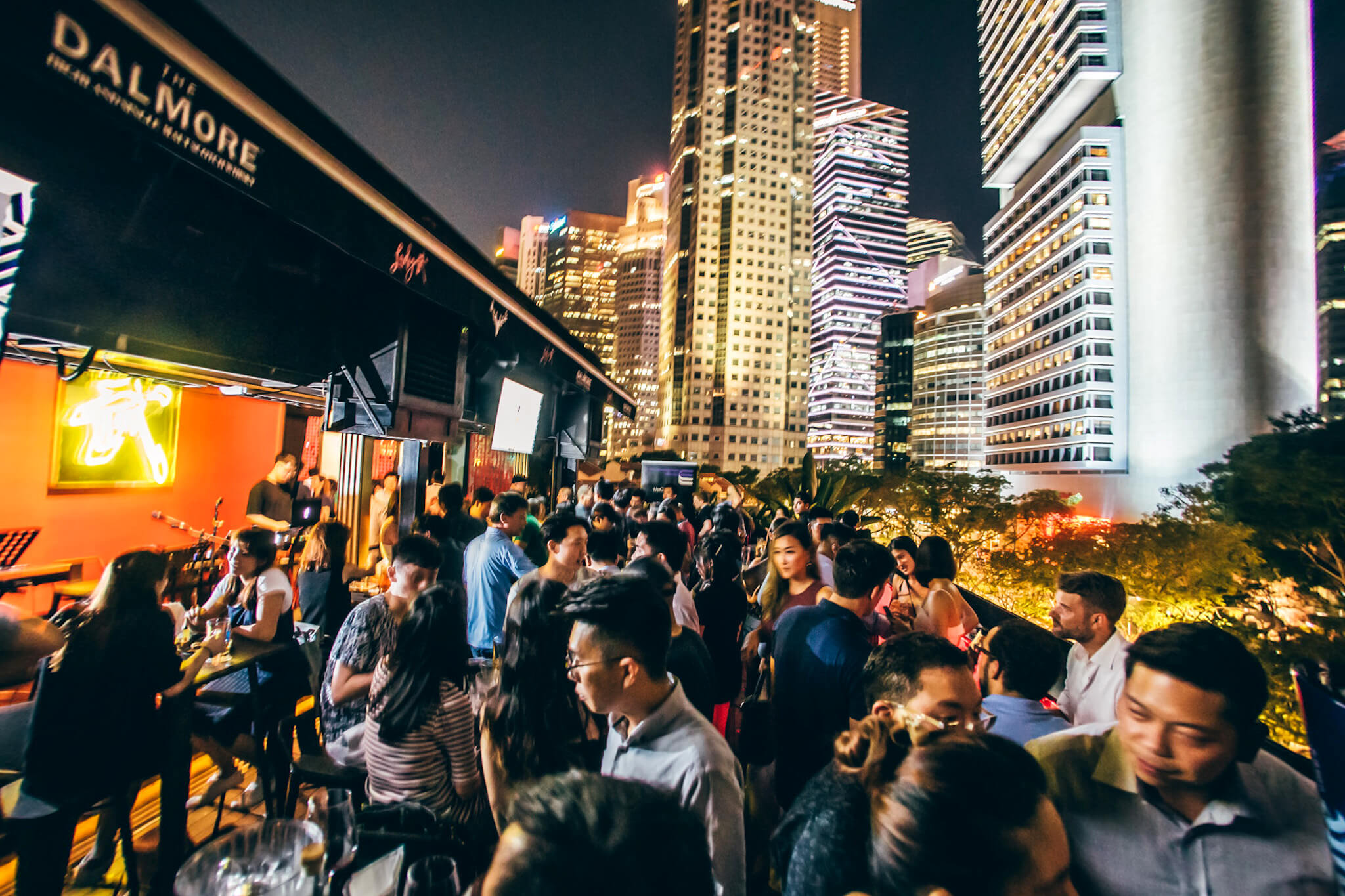 The rooftop was fully packed with party people, some of whom streamed the event even from before we had a chance to get the party started. After much anticipation, the party was kicked off by Shaan Nicol and UpCloud along with food and drinks!

The evening continued with great conversations while keeping it casual in the theme of the party. People clearly enjoyed themselves and many staid a way past the planned ending time and till late into the night.

Let’s do more together

It was a real treat to be able to sponsor WordCamp Singapore 2019 and we hope everyone had a great time. However, this won’t be our last engagement with the various tech communities, far from it! If you are planning a cloud industry orientated event, don’t hesitate to get in touch.

Have a look at the upcoming events and come join us in learning, exploring new ideas, and having fun!

We are always excited to take part in community events around the world and here's a quick recap of some of the best events.

UpCloud was founded with the vision to build a service on a global scale. Through the years with great effort, we’ve built UpCloud truly worldwide with data centres in multiple regions. We originally branched out from Finland by expanded into Europe, but soon after set our sights on the US and later, Singapore. Today we […]

The year 2019 at UpCloud in retrospect

The year 2019 has certainly been eventful and we hope you’ve had as a great time along the way as we have. With another amazing year quickly coming to close, we wanted to again take a moment to review what we’ve accomplished over the course of the year. In this end-of-year retrospect, we’ll have a […]