How XSbyte reduced application load times and the hassle of configuration

We’re XSbyte. We create integrations between different software environments and do specialized, managed, web hosting. At XSbyte, we began developing websites a few years ago but found out quickly that this is a market for small and big players, not really a good place for us to work.

We were previously using different providers for different reasons, for example, Amazon EC2 and our own servers in a local data centre. We found that the EC2 servers were quite expensive for the quality of service and performance they offered. Maintaining our own servers was also a day job on its own, so we decided to look for a new partner. Searching for a better solution, we found UpCloud. With them, we are getting very good service and pricing.

We first began evaluating UpCloud using the Amsterdam data centre as a development rig. When the tests succeeded, we decided to migrate all of our cloud servers and dedicated, colocated servers to UpCloud. From then on out, we’ve continued to grow for the past 16 months, still very happy with the service!

One of the reasons we chose UpCloud was the requirement for a local data centre in the Netherlands with high uptime and high availability. Our hardware requirements differ from project to project, but in general, we need fast storage. For this reason, we use multi-core servers with MaxIOPS because it’s FAST! We have used snapshots before to replicate a server, but we have our own backup strategies in place.

We operate with an important focus on security. By default, we fully lock down our cloud servers and only allow VPN or tunnel access. For web hosting rigs we allow specific port access as needed. Additionally, some projects require the use of load balancing. We have a local, distributed and UpCloud dev environment for which we regularly deploy new servers and resize the existing ones.

Migrating to UpCloud has definitely provided faster application load times and reduced the hassle of configuration. The faster network speeds have also improved the overall performance of our cloud servers. Support responds lightning-fast and even calls to let me know when they’re handling my request!

The hosting costs are a little higher when compared to running our own machines. However, the difference is negated by the time saved on maintenance and other administrative costs. We’ve only had a single outage during our UpCloud usage. Luckily the issue happened at night lasting approximately 40 minutes. While the outage affected multiple servers, UpCloud’s 100% SLA royally compensated for the downtime.

In the future, we would like to expand our services to other countries in Europe. Luckily, UpCloud already has data centres in multiple cities across Europe.

One thing we’d like to see added is for UpCloud to offer cheaper block storage, that would neatly integrate with any existing servers. 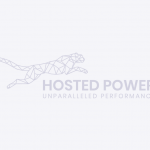 How Hosted Power leaps beyond the conventionally possible

One thing we've noticed in particular is that some websites and applications are sometimes already up to 100% faster just by moving onto UpCloud.

How SportMonks increased their API performance to new heights

The new servers at UpCloud are so much faster on the disk, CPU, and memory performance. We get way more requests out of the same amount of money that the migration was well worth it.