UpCloud was formed 2011 by a group of like-minded thinkers who saw a clear opportunity to defy mediocrity: to become a cloud infrastructure company that would outperform every existing company on the market.

With an uncompromising attitude towards working hard and playing even harder, we formed a camaraderie that invested everything we had and with our grit and ambition, we are significantly reshaping the landscape of the whole cloud infrastructure industry.

Success isn’t measured just by numbers. It’s measured by the thrill in your veins, when you and your team defy the invincible, by reshaping the possibilities with technology and creativity.

UpCloud is a European cloud service provider offering the world’s fastest cloud servers on an hourly billed infrastructure-as-a-service from its eight data centres in Amsterdam, Chicago, Frankfurt, Helsinki, London, San Jose, and Singapore. We are headquartered in Helsinki, Finland.

We have been recognized twice as the #1 Performance Leader among the top 10 Cloud Hosting Providers in Europe by Cloud Spectator.

We take massive pride in having the most talented and most motivated team of experts who are passionate about everything we do. Join our global team now!

And it’s closer to 10 offices if you include those of us that prefer to work remotely. Join our global team!

We believe in providing help when you actually need it. 24/7, all year round.

Quick responses are worth nothing if they are nothing but quick.

We build the best products available on the market. Whatever it takes. It is that easy.

We take massive pride in having the most talented and most motivated team of engineers and artists, working as camaraderie to solve our customers current and future challenges.
Join our global team!

People and products are nothing without a solid service culture. We are available to help our users 24/7. We never sleep. That’s how much we care about our users.

UpCloud was formed 2011 in Finland by a group of like-minded thinkers who saw a clear opportunity to defy mediocrity: to become an IaaS company that would outperform every existing company on the market.

With an uncompromising attitude towards working hard and playing even harder, this camaraderie invested everything they had and with their grit and ambition, they significantly reshaped the landscape of the whole IaaS industry.

What started as a challenger startup, has now become a global player in all 3 continents that is outperforming the competition by a landslide.

To never become yet another.

We aim to create those magic moments, where genius and hard work meet.

Success isn’t measured just by numbers. It’s measured by the thrill in your veins, when you and your team defy the invincible, by reshaping the possibilities with technology and creativity.

We take massive pride in having the most talented and most motivated team of experts who are passionate about everything we do.

Game-changing creativity and innovation combined with exceptional talent and camaraderie, to build superior products that outperform the competition.

Architects of their own success.

We help our users to succeed.

Check out our useful tutorials and customer case studies!

You can also earn $250 in credits by contributing to our community!

With new exceptional talent joining us all the time, we are empowering our teams to develop new features and services for our users while still ensuring the same quality of service you’ve come to expect from UpCloud.

Let’s do amazing things together!

We do things our own way to deliver superior products, created with exceptional talent, supported with awesome service.

Our website is using a completely new design system that we’ve named Phoenix.

With creating our new visual language, we wanted to make it more consistent and clearer how we want to communicate, but also how we wish others to perceive us.

You can download our brand assets such as logos here.

We are incredibly excited to announce that UpCloud has secured €18 million in equity and debt funding to expedite our international growth. Over the next 24 months, we plan to recruit more than 100 new employees and launch more than 10 new data centres across all our key markets in Europe, Asia, and North America, as well as new markets such as Australia.

SDN is a major step in futureproofing our network by moving away from old rigid routes and configurations. It enables dynamic, programmatically created networking by decoupling the network configuration from the physical infrastructure. The new approach brings a lot of flexibility in the configuration of your cloud infrastructure.

We launched Private Cloud in July. The introduction of Private Cloud brought the flexibility of the cloud infrastructure in an enterprise-grade service. Those with the needs could achieve better than hosted bare-metal performance with complete control of the cloud environment.

In Europe, UpCloud was repeatedly recognized as the performance leader in the infrastructure space by independent market research company CloudSpectator.

Seattle is our 4th office to be opened, and our way of reaching out across the pond to our many users in the Americas.

We celebrate our 5th anniversary with a bang, inviting tons of our users, partners and friends to a huge birthday party at our headquarters!

London was our second office to open, and an important step in introducing UpCloud to the world. Here our amazing staff can help you with both sales and support, in addition to host tons of interesting meetups.

Singapore was our 3rd office to be opened and enjoys one of the most engaged and fastest growing userbases we have ever seen.

With an incredible year of growth, UpCloud got recognized as one of the fastest growing tech companies in Finland.

To further ease the management of our users’ cloud infrastructure, we launched two new features: Initialization scripts and SSH key management. With Initialization scripts, you can quickly and automatically configure your servers during deployment, using common languages such as Bash and CoreOS’ Cloud-config. And thanks to the new SSH key management feature, you no longer have to manually transfer your SSH keys; simply select which SSH keys you want to add to your server as you deploy it!

To give our users the necessary tools to keep their data safe, we introduced two-factor authentication as a new security feature.

As our users adopted cloud computing and moved more and more of their infrastructure to the cloud, it became increasingly harder to keep everything organized. We launched our Group accounts and Server tags features to combat this, allowing users to easily give (or restrict) access to specific servers by simply adding a user to a group or adding a tag to the server.

While the freedom of our Flexible plans was great for most users, there were some that wanted a more “set it and forget it” type of plan. So we launched our Simple plans, which at a fixed monthly price, relieves you of any worries regarding your monthly spending.

The rate of IPv4 depletion had reached new heights, and it was clear the move to IPv6 had to happen sooner rather than later. To encourage the adoption of IPv6, we launched native IPv6-support and included it for free with all deployed cloud server.

One of Finland’s "Most Potential"

Talouselämä, the largest Finnish weekly business magazine by circulation, carried out its annual study into the most promising new companies Finland has to offer. This study cuts through the hype and looks at metrics such as revenue growth and the company’s potential going forward.

Each year, the magazine highlights 20 companies as the year’s most likely future promises across different industries.

The need for high-performance data storage, with greater flexibility and reliability, was clear. After researching the various offerings on the market, we decided to develop our own storage technology. This resulted in MaxIOPS, the fastest and most reliable storage technology in cloud computing!

No more confusion regarding IOPS pricing

The “price per IO requests” that was prevalent in the early days of cloud computing (and still is among certain giants) felt too cumbersome for the end-user, and it created a lot of confusion regarding what the cost will finally end up with. So we decided to simply drop it, which made it a lot easier for our users to feel confident about their spending.

UpCloud turns 1 year and we celebrate our first anniversary!

Then called “freely scalable”, our flexible plans introduced a new level of flexibility. By being able to configure each resource (CPU, memory & storage), you could customize your entire cloud to both your needs and your wallet.

Join the underdog that wins! Our users join us for our unrelenting pursuit of high performance at a competitive price but stay because of our dedication to helping them with their users. 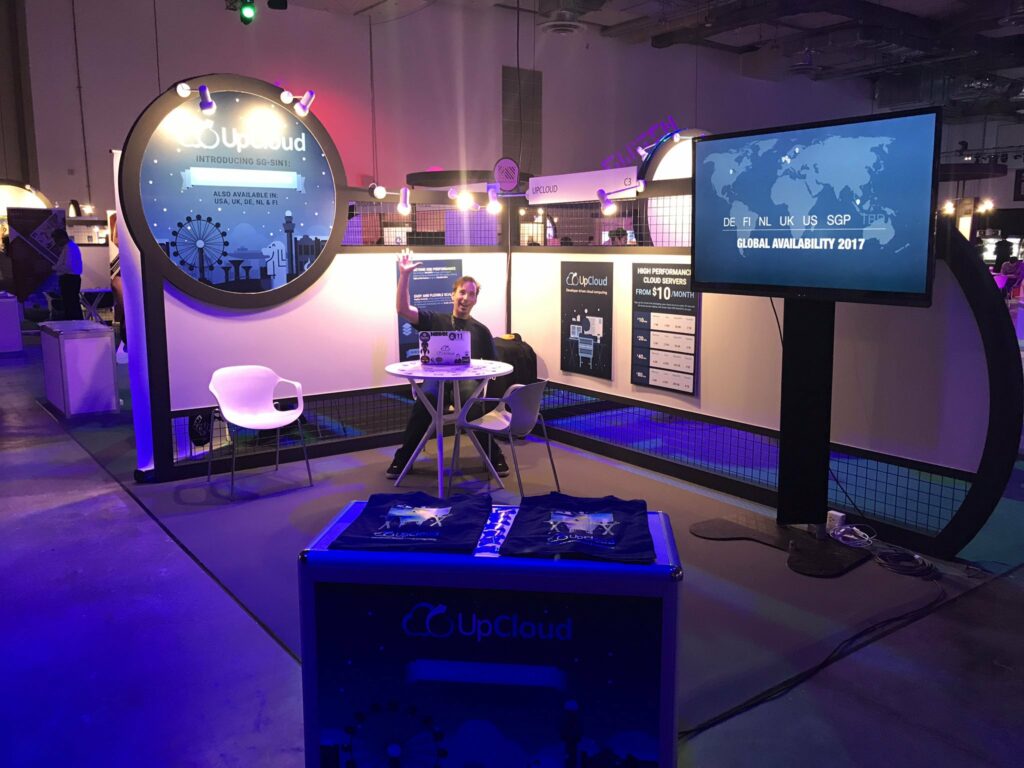 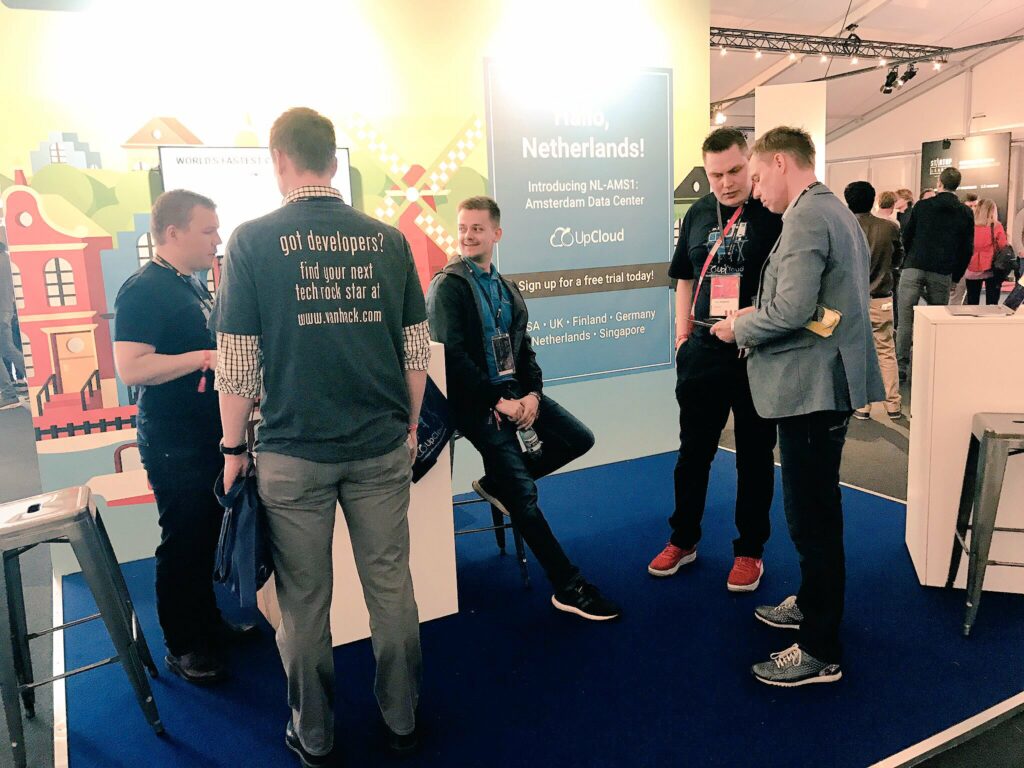 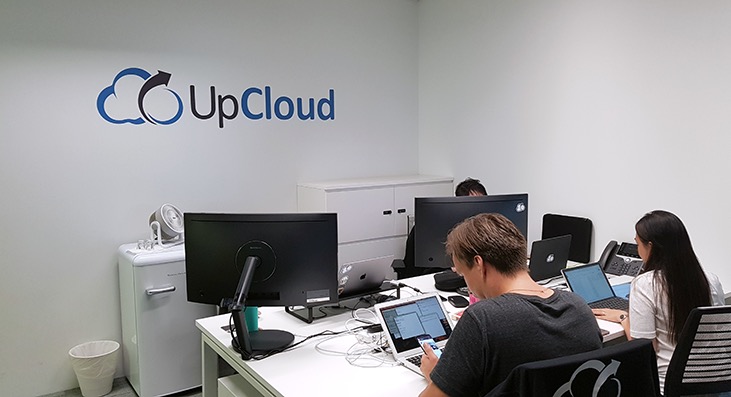 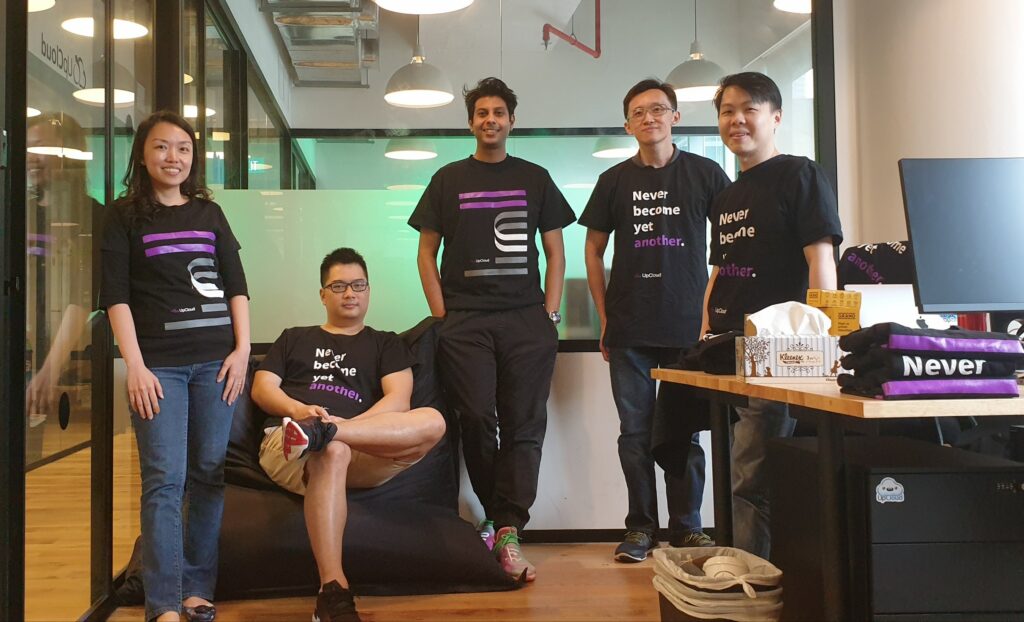 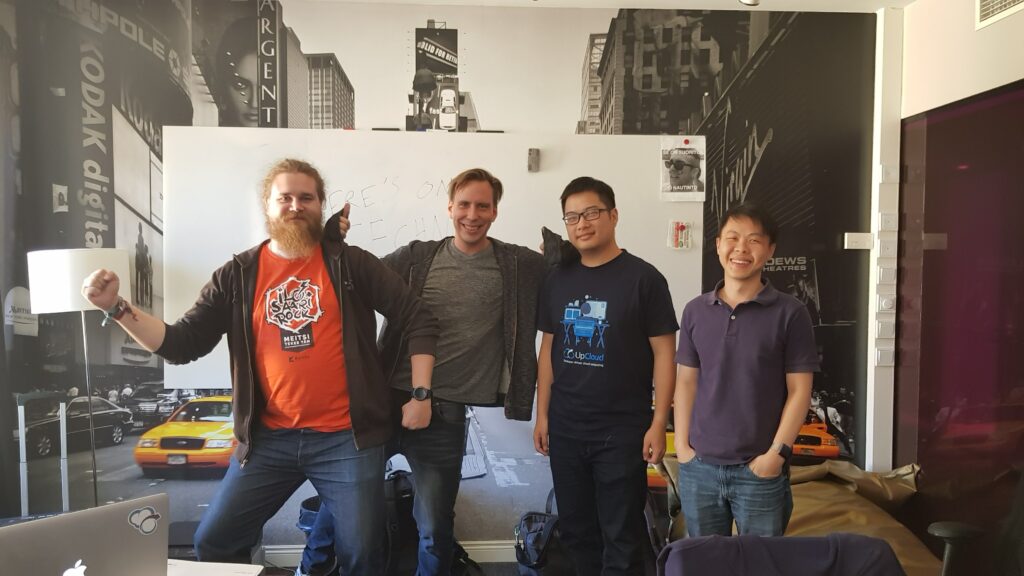 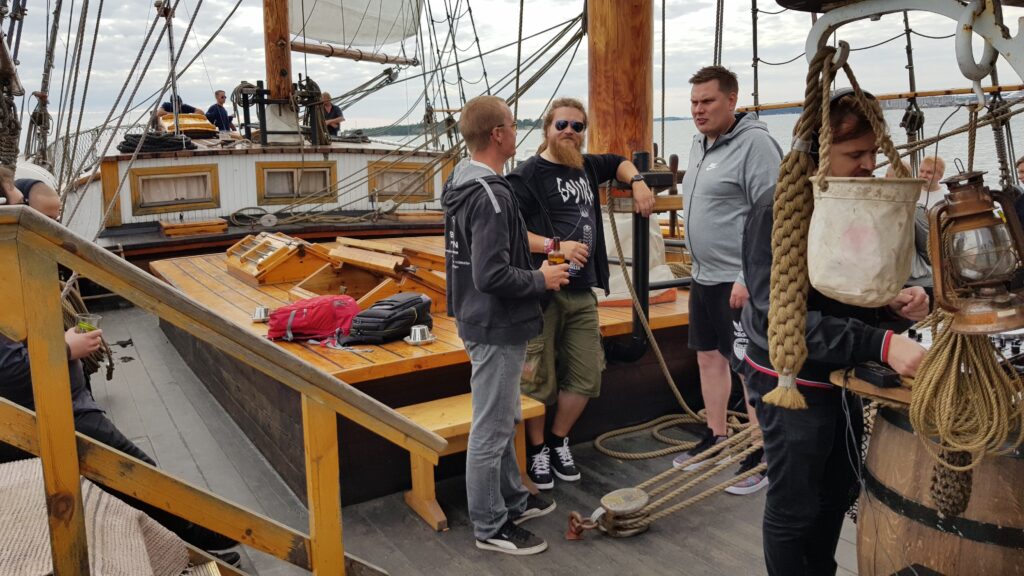 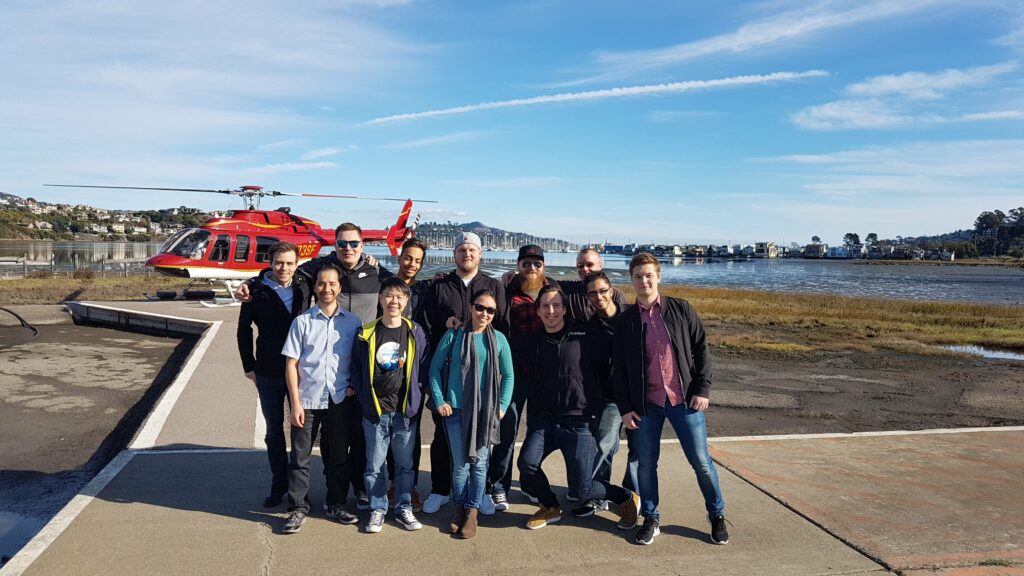 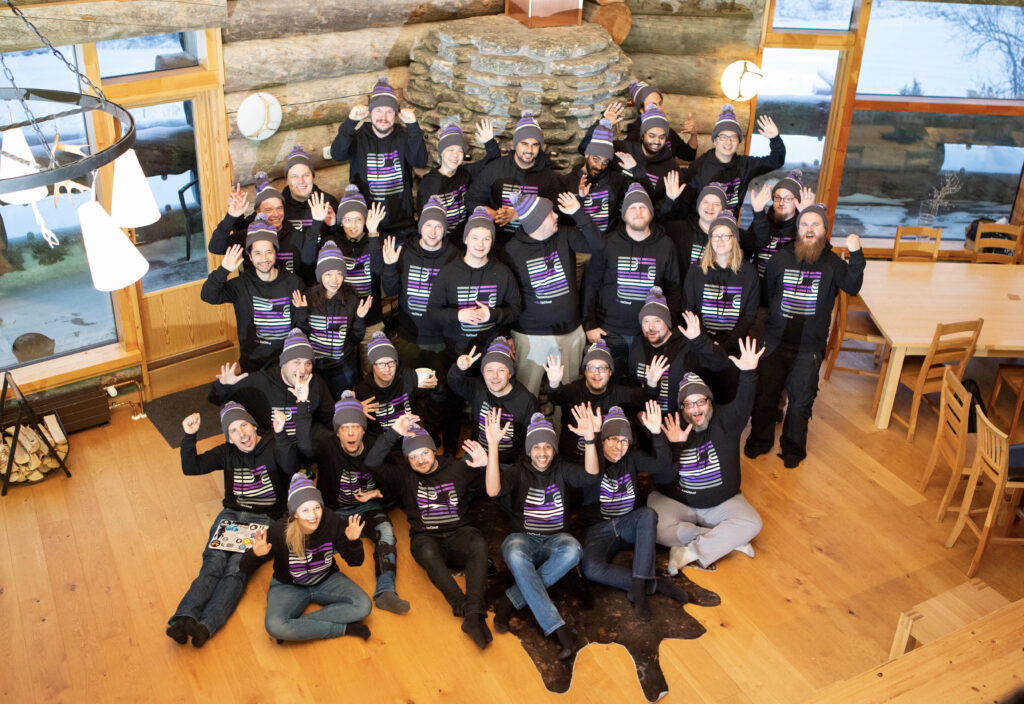 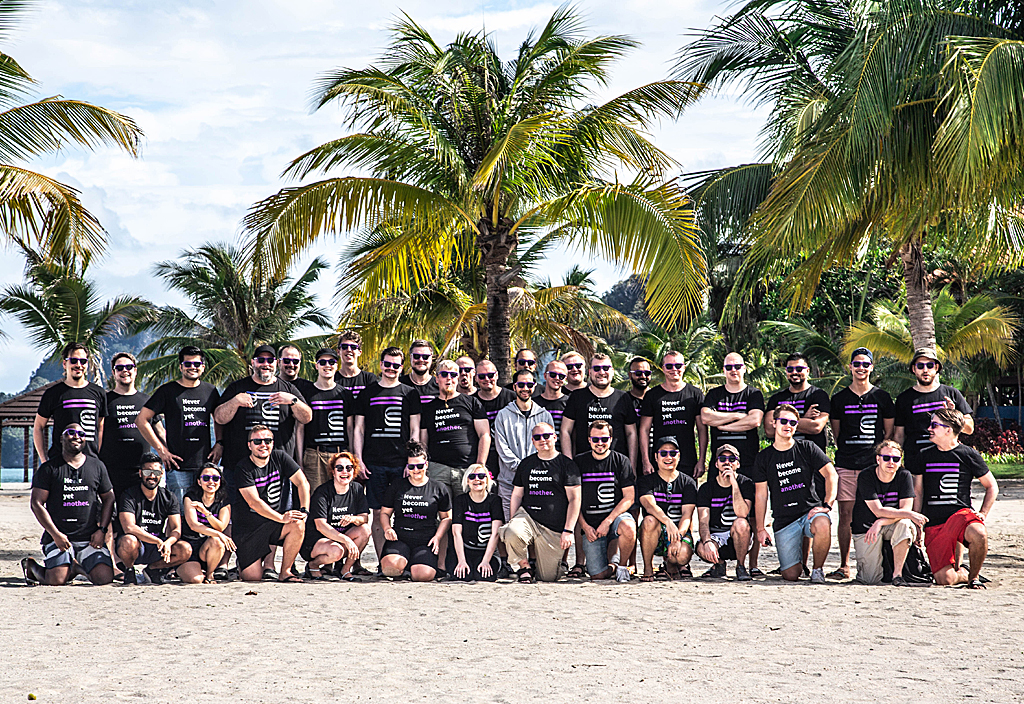 We pride ourselves in offering prompt and world-class 24/7 in-house support, all year round.

If you want more information about our services or if you have experienced problems in using them, you can contact us in the following ways: