How Barabra took control of their cloud hosting solution

Barabra is a digital agency. We create and produce digital marketing solutions from ideas to results. We combine creative and business-oriented thinking with our solid technical skills. The result is an honest and productive partnership with our clients. We live and breathe digital, but think omnichannel.

Barabra is a part of Heku Group, a full-scale marketing agency with a wide variety of services ranging from print & digital design and concepting to film and video production.

We were looking for cost-effective solutions to run a variety of different web projects including digital marketing campaign sites and company websites. UpCloud turned up in a list of potential candidates.

As digital marketing campaigns usually have a fixed lifespan, the campaign cloud hosting options need to reflect this. Previously, we generally used pre-configured virtual servers that hosted multiple campaigns simultaneously on the same server but had no options to scale the servers ourselves. That meant the servers were regularly over-provisioned to be able to handle the occasional traffic spikes from popular campaigns. As multiple campaigns were hosted on shared server instances, any downtime also affected multiple campaigns.

We required a certain degree of flexibility and cost-effectiveness. Preferably a single cloud hosting provider that suits most of our use-cases while giving us full access to our servers. Data centre location was also an important factor for many of our clients. Having one in Europe was a specific requirement, preferably in Finland.

We use Linux-based server instances and utilize the automatic scheduled backups that UpCloud also provides. The snapshot feature has proven to be a useful tool as well. It’s an easy and fast way to store a quick snapshot before making big changes to the existing configuration, for example.

We generally use our own server templates that we manage ourselves. Most projects are deployed on their own dedicated cloud servers. In some cases, we simply clone an existing server, depending on the project. As we run a large number of servers, UpCloud’s tagging feature comes in handy to filter servers according to clients. Mass operations also allow us, for example, to reboot all development servers simultaneously to save time.

We’re able to adapt to different situations much better than before thanks to being in full control of our software stack. Having the ability to activate and deactivate instances on-demand has proven very useful when dealing with campaigns. It’s easy to shut down a server once a campaign ends, while retaining all data, and restart it again if the campaign is repeated at a later date.

Scaling the server is now a much quicker process. We’re also able to scale on our own without suffering from long periods of downtime. This means we’re better suited to unexpected traffic. Moving to the on-demand model has helped us to control costs as well. We’re now able to shut down instances when necessary without the need to cancel hosting plans separately.

We are looking into working with the UpCloud API and have started a project in that area. Our goal is to be able to manage our instances more efficiently with Ansible.

Usage reports are something that we feel could benefit from additional detail, especially regarding costs per single server instance. 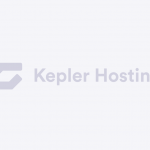 On UpCloud, Kepler Hosting has achieved faster application load and response times and maximised the efficiency of their infrastructure. 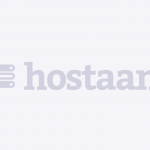 How Hostaan launched a new hosting service on UpCloud

UpCloud's 100% SLA gives us an environmental advantage to offer the best reliability to our customers.